The Blacksmith’s Association is easily recognizable with its grey colored building and height of thirty floors along with, at the very top, an emblem of a hammer. With this design, there isn’t even a need to engrave the association’s name onto a plate.

Blacksmith’s Association isn’t as rich as the Mecha Craftsman’s Association, but it is still a necessary existence. A first-rate blacksmith’s status in society is exceedingly high. In fact, their status is comparable to that of Mecha Craftsman Grandmasters and Three-word Battle Armor Masters. In order to make a first-rate mecha, first-rate materials are naturally needed.  As such, first-rate blacksmiths are needed to process first-rate materials. All the new members will be granted a Spirit Communicator. No Mecha Master or Battle Armor Master would piss off a blacksmith for no good reason.

Traditionally, in the blacksmithing world, when a blacksmith creates their first Thousand Refined work, this object should undergo the Blood Sacrifice, in order to forever be part of the blacksmith’s belongings.[1]

In the world of blacksmiths, the tradition was to follow a single line of inheritance. In other words, a disciple could only have one teacher. Taking a second teacher would be equal to betraying the first, earning them the scorn of the entire association.[2] This tradition was broken when Tang Wulin took Mu Chen as his 2nd teacher.

As per the rules of the blacksmithing world, regardless of whomever provides the material, for the first work produced by the Thousand Refinements, it belongs to the blacksmith who made it.

Blacksmiths can go to the Association to do the ranking test. Blacksmiths are divided into nine ranks. 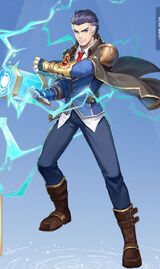 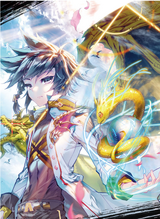 The Eastsea's Blacksmith Association is divided into 30 levels:

Soul Refinement can be broken down into three stages:

The Blood Sacrifice lets a metal become one with your blood vessels, creating a sort of fantastic bond between one’s blood and the metal. It would become a part of your body. Combining the Blood Sacrifice with a metal that has undergone the Thousand Refinements, this would result in your blood vessels having the same improvement, being able to bring out stronger innate qualities![1]

Once a blacksmith utilize the Blood Sacrifice, this piece of metal can only be used by the individual. Even if others were to attempt to forge with it, it would not be possible as the metal would not recognize anyone else. Even if they tried, the metal would just shatter; it only recognizes its master.

When learning about the properties of a piece of metal, a blacksmith lightly taps the metal with a hammer and listens to how the metal answer. During forging, a blacksmith does this to converse with the metal and deepen his/her understanding of it. Soul power was mainly used in forging to create a connection between blacksmith and metal.[6] If the blacksmith stopped supplying soul power, however, the connection could hold for a while longer before sizzling out. Maintaining a residual connection is mentally exhausting.[6]

A blacksmith simultaneously forges two metals at the same time.

"Blacksmiths merge metals by forging them together, evenly shaping the resulting alloy to strengthen it and bring out the best of its properties. they then finish off the alloy by spirit refining, and at higher levels, soul refining it."[15]

Forging alloys wasn’t as simple as smashing two metals together. The process required a constant infusion of soul power to bridge the gap between the metals until they reached a balance. Only this could preserve the spiritual nature of the metals and sublimate their properties in the finished product.[5]

The more metals used in forging an alloy, the harder it was to forge it. This happened because the number of transformations that occurred in the mixture went up with each additional metal.

The Harmony rate of the alloy determines the number of metals that can be added to it. The higher the harmony rate, the better the alloy is.

Forging two or more metals together. Pretty much the same as alloy forging, but for fuse forging, it is fuse metal onto completed armor parts like adding more metals to a mecha or battle armor.

Press Forging is a common way to forge an alloy. It is done by continuing to apply more and more pressure to the alloy in each strike.

Spin forging is a far more demanding process. That said, in exchange for requiring more skill, taking longer, and consuming more soul power, it produced alloys with greater harmony and consistency. Five rings are required to spin forge, but this requirement can be bypassed by press forging the alloy in the beginning.

The Creation Spirit Forging is a variation technique for high-level Spirit Refinement metal. It is signified by Life Feedback, which would occur when the metal's life energy harmonizes with the blacksmith, and increases if one's martial soul is closely related to life energy.

The reason blacksmiths use the Blood Sacrifice for their first Thousand Refinements is because it usually has a good special effect. Thus, the Blood Sacrifice will connect the metal with your blood vessels and push the awakened special effect to its peak. As a result, almost all blacksmiths will have their first Thousand Refined work be a pair of forging hammers that they will use throughout their life.[16]

There are several amazing special effects that can be produced by the Thousand Refinements, but only an effect that is truly fitting for its user can be considered perfect. The first mold of a Thousand Refined metal will be its peak. Any subsequent forgings to change its shape will inevitably cause damage to its internal structure, thus influencing its quality. As a result, it is exceedingly rare for the first forging of the metal to have a suitable effect.

Blood Sacrificed Thousand Refined metals must be used frequently. A blacksmith's aura, blood vessels, and spirit power will nurture it. The longer a blacksmith is with it, the stronger the bond. If a blacksmith grows powerful in the future, it might gain another special effect.

All alloys made with the combination of multiple metals have a harmony rate. This determines how many times the alloy can be reforged.

Amount of alloys to be fused:

Community content is available under CC-BY-SA unless otherwise noted.
Advertisement