Occupation
Gods are higher-dimensional beings who reside in a higher plane/dimension than Mortals and are the strongest beings in their original universe that is housed in a Multi-Dimensional Universe.

In the Douluo World, every single existence, whether they be planets or living things/energy bodies purpose is to undergo evolution. Which done by rising to dimensions which is the difference between ordinary creature and those who evolve. By raising one existence to a higher-dimension, they will began to understand the existence of multidimensional space they all live in. This is why it's possible for planets like the Douluo Dalu, Crimson Plane and Dragon Horse Planet to contain life energy above the universe itself. All of them have broken through from the 3-Dimension and into the 4th-Dimension.

Their lifespan is unlimited if they have a god position which is an anchor to the God Realm and is their coordinate that keeps their existence in the Divine Realm. One can attain the strength of a God by either being born with divine consciousness, have an inheritance of a god position, which is in limited numbers, or cultivate until you break the limit of the rank of the world.

While Mortals and normal planets are only 3rd-Dimensional beings, God’s themselves are beings who have broken through the 4th-Dimensional space. These being absorbs and accomdates an infinite amount three-dimensional spaces. Beings who just become Gods are God Officers, existence who are above ordinary creatures with life energy equal to the universe, being know as Universal Lifeforms. They can easily perceive and control these three and fourth-dimensional spaces while also being able to teleport anywhere in them.

Gods usually ban from interfering with the mortals and force to leave their home world because their presence is too strong. With just their presence alone being able to affect the normal order of their original dimension. They are also beings who defy the heavens, being above the destiny of their plane and dimenision and them staying in their original dimension will cause a toll on it even while suppressed and will lead to its destruction. Gods are also very hard to kill as their qi keeps them in peak condition until they have no energy, they have very high resistence with their powers and can regenerate as long as they have their divine soul.

As a 4th-Dimensional being, they are not affected by anything a 3rd-dimensional being can do and requires one to be on their level of existence and be unbound by the dimensional effects or higher to affect them. It's also impossible to calculate and plan against a god unless you are at a similar level or higher, since it won't have any effect on them.

Then above them are God Kings who are 5th-dimensional beings who control and are made out of 5-Dimensional spaces. Spaces that accomdates and holds an infinite amount of 4-D spaces and lower-dimensional spaces. A God King has the ability to see the past and future of the Multiverse at the same point in time, as well as the past and future of these branching universes. God Kings are knows as Lord of The Universe for being rulers of their own higher-dimensional universe and beings who dominate their own universe.

And just as how a mortal can't affect a True God, a God King can't be affected by the abilities and planning of those below them, such as a First Class and below because of the difference in dimension. Only way to affect a God-King is for a lower level gods to have a divine weapon that can bring them on the same level as a God King, reach the same higher-dimension as a God King or a higher-dimension than them.

A Divine Realm can be made by a God King who can convert Immortal Qi from the multi-universe and planets to form the higher-dimensional realm. They make the laws and concepts for their Divine Realm, having complete control over the rules and spaces in it. There is a new Divine Realm which is ruled by the Great Circle of Gods consisting of "12 God Kings(十二神王)".

The Supreme God-King is not a God Rank but a God-King who has absorbed the core of their God Realm, fusing themselves to it. As the Supreme God-King they have full control over their realm, able to change the rules and laws of it to fit their desires or needs similar to the Planar Lord of a realm. They are also able to siphon power from the realm core, allowing them to increase their strenght and abilities. This also means if the God Realm was a higher-dimension than the Supreme God-King, they would be able to boost their strenght to that level.

They can also leech energy from the realm to heal themself or restore their energy and unleash divine punishment on anyone inside of the realm. Even if the Supreme God King is killed, they can simply revive themself with their God Realm energy because they are fused to it. This is why one must either steals the Realm Core or destroy the God Realm itself to fully kill the Supeme God King. All of this can be done even if the Supreme God-King isn't inside of their God Realm since the core is fused inside of them. The Supreme God-King can also siphon strength from everything in the God-Realm, including other Gods and their Divine Weapons. It's also called the King of God-Kings because some of those gods who they can siphon power from are also God-Kings themselves.

There are individuals who can break the limit of the world, but are not True Gods because they lack a God’s Position and Immortal Qi. They are called Wild Gods. Both can only be made and absorbed in a Divine Realm, so their lack of being a real God makes them have a Limited Life Span and Weaker In Strength. In Soul Land 4, the life limit of human spirit masters who became gods was 1,000 years thanks to the efforts of the life school in Shrek Academy. Those with unique bloodlines can live a lot longer. The Dragons of the Dragon-Horse Galaxy can live approximately 3,000-4,000 years.

Immortal Qi is the energy that flows within a Divine Realm and one of the components that makes up a Divine Realm. It is used by actual Gods as energy the same way spirit masters use spirit power, being able to suppress and nullify all mortal powers. As Immortal Qi is an energy that comes from a higher-dimension than spirit power of a spirit master. Immortal Qi is needed for a God to fully utilize their full powers and it's why False God aren't as strong as True Gods with Immortal Qi. As they are still utilizing the lower dimensional energy, leading them to be limited and weaker when compared to True Gods. Immortal Qi is also required for a God to unleash a divine weapon full power.

A God-King even without a God Realm can generate Immortal Qi by themselves, being able to strip it from the universe and planets around them. One of the reason why a God-King has the ability to create a God-Realm and why they are needed for it creation. It is also used to nature planets within the divine realm. Immortal Qi is a higher stage of energy. It is stronger than the Life Energy stored in the Eternal Tree.

An individual develops a Divine Consciousness once they reach Godhood. Their spiritual realm reaches the Divine Origin Realm before they reached Godhood. Once they become a god, the spirit sea transforms into a divine consciousness, becoming golden and granting them the Divine Sense, that can't be noticed or sense by those without one.Their Divine Consciousness also allows them to summon and draw on their power no matter where they are. A divine sense is able to cover a dimensional range, allowing them to control and manipulate their own higher-dimensional spaces and the lower ones.

As a First Class-God, they gained a better grasped over higher-dimensional spaces. Allowing them through the Space-Folding ability, to instantly appear anywhere their divine senses covers.

Once one enters the god level, becoming a higher-dimensional existence and a lifeform on the universal level. One will gain layers of invulnerbility that would further set them apart from ordanairy creatures and further show why they are the strongest creatures in their original universe.

These are the three layers one must bypass for them to harm or affect a God because of the nature of a God. But Gods who have gained Immortal Qi also has another layer which elevates them above other Gods who lack Immortal Qi.

A God Position is concept that anchors itself in the Fifth Dimensional God Realm, becoming apart and fusing with the God Realm itself. It's because of this that Gods are able to live forever because their existence is tied to the realm on a fundamental level. With a God Position a God King won't be suppressed or destroyed by DD Multi-Dimensional Universe that destroys all God-King without one. Also a God without a God Position is generally weaker than those with one, as the position grants them a amplification in their abilities, as well as more control over the heaven and earth.

A God can't have more than one God Position because the two concept they embody will start to clash with each other. Usually leading to the God exploding from the two positions clashing. But it's possible to make a certain position through the combination of multiple concepts, such as the Emotion God position that fused all Seven Emotions to make the God of Emotion.

There can't be the same God Position in the same Divine Realm unless both are at a different level. Like the Goddess of Light and The Godking of Light who embodies the same power but at different rank. Or if they are just similar to each other, embodying apart of the concept with another one. Such as the Dragon God who embodies the concept of Destruction-Creation even while there is a God of Destruction and Goddess of Life/Creation at the same rank. 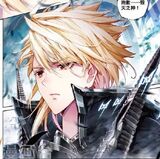 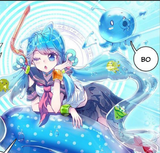 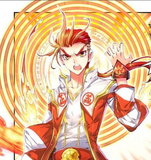 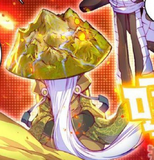 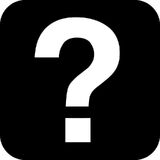 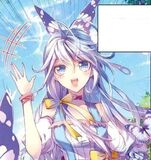 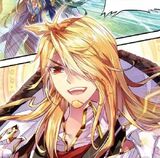 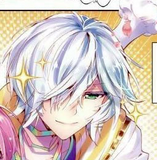 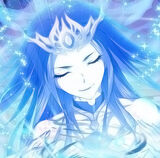 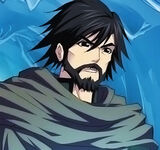 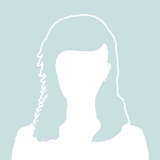 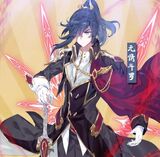 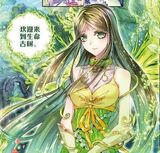 Retrieved from "https://soulland.fandom.com/wiki/Gods?oldid=87556"
Community content is available under CC-BY-SA unless otherwise noted.